Our vintage packet boat Iona  began life as the Bellerophon, a cargo carrying narrowboat. She was built in 1935 at Woolwich on the Thames by Harland and Wolff for the Grand Union Carrying Company. At 70ft long and 7ft wide, she is the maximum size for boats navigating the inland canal network and could carry up to 35 tons of cargo.

She was worked as one of a pair of boats - the unpowered "butty" towed behind a motor boat - trading for most of her life between London and the Midlands. She carried coal south from pits in Warwickshire and Leicestershire, returning north with imported goods: wheat, steel, lime juice and timber.

In 1960 she featured in the film The Bargee starring alongside Ronnie Barker and Harry H Corbett. A few years later she was retired and converted to passenger carrying on the Shropshire Union Canal, pulled by a horse in the old-fashioned way. In 1984 the business was sold to the present owners and Iona travelled south to her new base here at Godalming, at present the most southerly point of the whole British waterway system. Iona is also on the National Historic Ships register.

As many of you know by now, we have now sadly closed Godalming Packet Company and our beautiful historic horse-drawn boat IONA as of 28th Aug 2020 has now mooved to Tiverton in Devon and can be seen on the Grand Western Canal at The Wharf EX16 4HX. 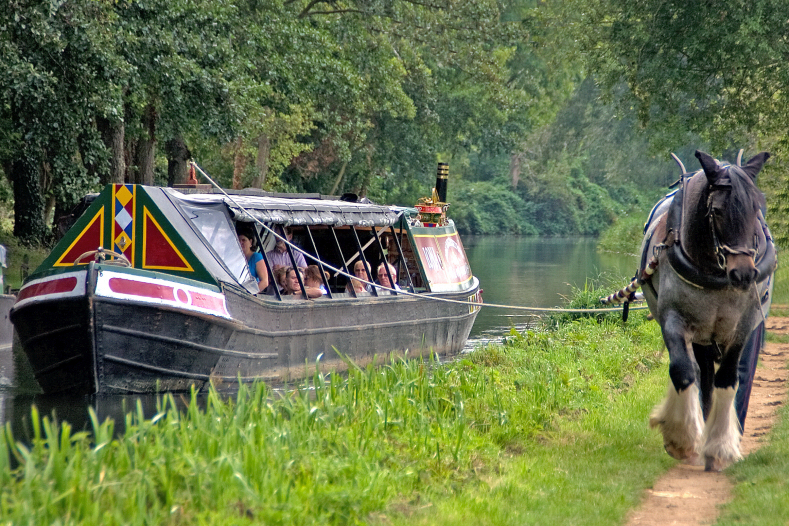